In 2013, Ken, who retired at age 55, shared his keys to financial security. Today he shares some great advice and how early retirement has worked out for him.

Ken Seeman: Then and now 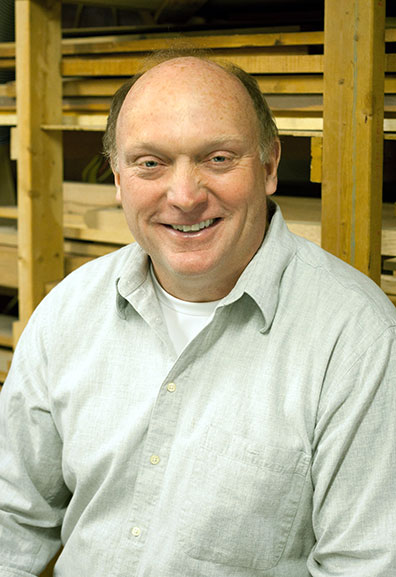 Ken Seeman retired about 10 years ago. He was just 55. When we talked with him in 2013, he had two years of retirement under his belt and was contentedly building furniture in his workshop, planting seeds in preparation for the spring gardening season, spending time with his wife and daughter and traveling. Ken’s early retirement was planned—the result of years of “saving like mad,” as he says.

The key, he told us, was self-discipline and a commitment to save for the future. Ken’s discipline and attitudes about finances can be traced to his youth. He was one of five children raised by a single mom who struggled to support her family. “I grew up with an understanding of financial insecurity.  He was also influenced by his mentor through the Big Brothers Big Sisters program who told him that ‘sticking money into a savings account wasn’t enough. You have to invest in the American economy and be in for the long haul.’ That message stuck with him as did the advice from an older friend and colleague who said, ‘No matter what you do, pay yourself first.’

Ken put these pieces of advice into action when he began his 33-year teaching career. He started by investing $25 from each check into a 403(b) account and faithfully increased his contributions through the years until he was maxing out.

Keys to financial security for Ken

Pay yourself first…then choose to save more

This was more or less Ken’s mantra during his working years. “I’m not a guy who needs a lot of stuff. I never sought to be rich,” he told us. “I just want to be independent and have time to do things I enjoy. In this country, we have a tendency to work, work, work. Often people work so hard and so long that they don’t know what to do after they retire. They are lost or they aren’t physically or financially able to enjoy their retirement. There is more to life than working.”

Build your knowledge base and find someone you can trust

For the most part, Ken relied on his own research and skills to make financial and investing decisions. “I paid close attention to fees when choosing investments and socked away as much as I could.” Several times over the years, Ken did work with a financial professional, but it never felt like the right fit. When Ken turned 53, however, he started to wonder if he could possibly retire. That’s when he sought out help from Member Benefits and took advantage of the Retirement Income Analysis service, a comprehensive financial planning service designed to help Wisconsin public school employees determine their readiness for retirement and create a game plan for making important retirement decisions.

Eight years later, Ken graciously agreed to give us an update on where he’s at and how his early retirement has worked out for him and his family.

A lot has happened since 2013, how has retirement been going?

All in all, things have gone beautifully, and we are very grateful and content. Having saved early and often over the long term has given us great flexibility and peace of mind.

What financial changes have you made, if any?

We decided to reduce our market exposure somewhat during the last few years because the instability made us nervous. Even though in hindsight—always 20/20!—we probably missed some gains, the most important thing was that we could sleep at night. We had made our “nut” and didn’t want to risk it. But we are in it for the long-term and still must consider the effects of inflation, increased medical expenses, and our estate. We continue to use Member Benefits from time to time and solicit their sound advice when needed.

Are you still doing great things in your workshop?

Yes, I am still building furniture, especially during the “indoor season” of winter. I made a full set of bedroom furniture for my college-age daughter that she can take with her when she moves on. And I just finished a Mission-style queen bed for my wife and me.

Still gardening more than ever! In late winter/early spring, I’ve been planting 20-30 flats of flowers and vegetables in anticipation of “outdoor season.” This is literally hundreds of plants. Of course, it saves us a huge amount of money, but more importantly, growing from seeds opens up a huge world of varieties one cannot get when buying live plants. For example, there are hundreds of varieties of tomato seeds alone readily available online.

Your wife Mary was still working as a school speech pathologist in 2013. Has she since retired?

Yes, she retired in the COVID interim, so we’re now able to travel together. We are hoping to travel to Cuba in the spring and have other travel plans for later in the year. She didn’t have a very personal retirement with her colleagues and students as she could not say her goodbyes in person due to the health restrictions. But she’s enjoying the liberation and relaxation of retirement and has begun doing private therapy with several students part-time.

In 2013, you attributed your ability to retire at 55 to your childhood situation, advice you received from your mentor, and also a veteran teacher. Reflecting on this now, does it still hold true for you?

Yes, I believe these experiences were instrumental in my life. I feel very grateful, lucky, and satisfied with our retirement situation financially. We saved and invested early on and never stopped. It’s a lot easier investing a little bit over a long period of time rather than delaying and playing “catch-up.” Although my financial mentor and dear friend has long since passed on, his sage advice of “ten percent of all I earn is mine to keep” (and invest!) lives on! Now if I can get my daughter to adopt that philosophy when she begins her career.

What was the most challenging part of retiring early?

The former governor’s legislation against the teachers’ union hit hard, but our personal assets allowed us to weather that storm intact. I can honestly say my retirement so far has been one of the best periods of my life. There will always be challenges, but we sleep the sleep of the innocent when it comes to our finances. We consider ourselves very lucky and grateful.